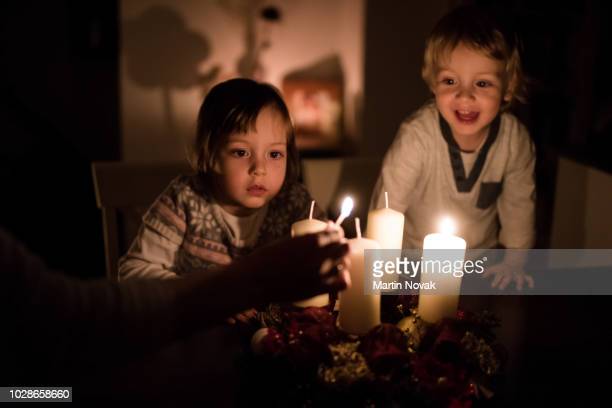 Do you have some memory of a storm that knocked out the power and you and your family had to hunker down? Snow storm, hurricane, or something caused your house to find the candles and the flashlight, that sure enough was filled with dead batteries, and then you had this other worldly experience that was wonderful. My favorite memory of something like this was the blizzard of 1978 that dropped four feet of snow on Rhode Island. It was so wonderful at times, and also weird and scary.

You found out later that there was nothing to be scared of.

In February of 1978, for about two weeks, my world went back to the time without electricity and cars. My mom was a nurse at Fatima hospital and stayed there overnight. Somehow we all (five kids) survived with my dad. I still haven’t forgotten the feeling - it was magic.

I had a friend this week get fired from their job because they are not vaccinated. What is heartbreaking about it is that she loved her job, performed it very well for almost twenty years, and it was skilled and financially rewarding at a high level. The company was, up until recently, paying her and rightly showering her with praise and bonuses, but in a moment, like a storm, it changed course, bowed to the fear of government mandates (fines that are likely to come from the feds) and fired her on the spot.

If you haven’t been fired, I’m glad for you. I have, and it feels like being broken up with. It’s a nauseating feeling.

Thousands are being fired and more to come in our time because of vaccination. The government is trying to make plans so that the unvaxxed cannot fly, hold a job, have health insurance, or have anything to do with “normal” life in America. It’s a religious cult being formed before our very eyes, and only in a matter of months. None of us have seen anything like it. We were all shocked when a guy said he was a girl and wanted to have a baby. At least we could say, “Keep your loony-tunes in your own house.” But Satan had bigger plans all along. The writers of Star Trek came up with the Borg, half creation and half machine, that wanted to assimilate everyone into their way and purpose. “You must be assimilated!” was their mantra. The devil will not rest until we are all assimilated. Then again, sadly for him, Satan will never find rest. Only God is at rest. And that leads me to my point.

No matter what happens to you, and for us, happenings are of a novel nature in America lately, do not fret. America has enjoyed freedom since before the 1700’s and it took this long before the powers of darkness were able to challenge us. Inevitably, and only for a very short time (Tribulational Period), those powers will win. They win for that time only because God lets them. But what they see as victory is only defeat. When the reins are in their hands, finally, they show their true colors - they can’t run it.

Do not fret because of evildoers,

Be not envious toward wrongdoers.

Trust in the Lord, and do good;

Dwell in the land and cultivate faithfulness.

Delight yourself in the Lord;

And He will give you the desires of your heart.

When they can’t run it, the lights go out, the comforts disappear, the jobs dry up. Still, remember, it’s only the blizzard passing overhead; and the blizzard could be a time of depression or great excitement and anticipation, where we all come together in ways that we could not have before. The evil around us affords us new opportunities to draw near to each other, like we do when the lights go out. Gather around one another, like around a candle when there is no other light, and get giddy with excitement. Our Lord commands the storm.

My friends, my royal family, know that when Christ ascended on high that He gave each of us gifts. Let us give those gifts to one another, especially now. And when we do, no work of the kingdom of darkness, in the world’s policies, nor in any corner, will hinder our great work. They will only cause us to draw nearer and stronger as their own work reveals their inability.

Pray my family, and think of anything you can do that will build up the body of Christ.

It’s an odd feeling to both weep and be excited for the times ahead.