The Lord’s Prayer: Forgive us our debts – there is no forgiveness without the shedding of blood.

The laws of God tell us how to get along. In fact, modern western society, swims in the waters of Christian laws of morality. Hundreds of years ago in Christian Europe laws were constructed for the state, which were based on the Bible, and from that biblical perspective came the idea that every human, rich or poor, has natural rights. The Magna Carta and the Declaration of Independence state this idea as if it had always been.

In our more modern times, the movement of wokeism had overtaken the west. It too has a doctrine for human rights, but they are based on race, gender, and sexual orientation. Ironically, they want to tear down the system that has been built upon Christian laws, and in their ignorance, they do not know that if they destroy that foundation, that the misguided rights they are fighting for will be gone as well. Ignorance breeds ignorance and leads to the destruction of peace.

Peace is a key result of forgiveness. Two parties have to be brought together: God and man.

What are they missing? It is a fundamental doctrine of the Bible - original sin. 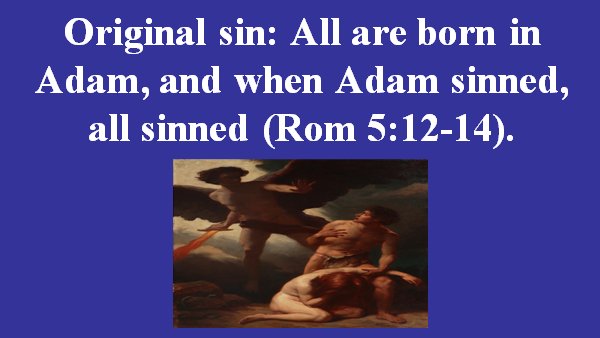 This essentially is the story of human history. The story is an epic.

Are you truly forgiven of all your sin? All of it, every one? What about the most heinous and evil people in history, would they be forgiven by faith in Christ after all the pain and suffering they have caused?

The verb “forgive” comes from the Greek word that means “to send off.” In legal use it was used for being released from legal relation; office, marriage, obligation, or debt. Interestingly, the Greeks never used the word in a religious sense. Why is that?

Everyone is born into a world that they simply find themselves in. We didn’t ask for this or apply for it. Unaided reason cannot tell us why we are here or what we are to do. According to philosophers, there are different ways of trying to figure out the right questions and then the right answers to them. One philosopher says that the challenge is to achieve authenticity, which in his view means constantly preparing to play one’s own death scene.

What has always been known most of all to all societies and peoples is death. God told Adam what sin would do - bring death. Christianity is the complete inversion of the thing we know most of all - death.

This is so simple and pure, but without faith, mankind only has a idea of moral law by which he has to get along in life and with his fellow man. Enter the natural and social sciences.

The natural and social sciences vie for bragging rights over which most influences the human condition: nature or nurture; genetic determinism or social indoctrination; heredity or history. Some say our roles are hardwired by our biology; other ascribe our programming to society. Which is it? And, regardless of how one answers, what happens to freedom, one’s capacity for self-determination?

Usually, in the natural and social sciences, the questions (even before we get to answers) are all about me, and us; they are all anthropocentric. There is nothing of the gospel in them, no good news from God in heaven. The questions and solutions of the world show the tell tale sign of our neuroses. Ancient civilization suffered the anxiety of death; the Middle Ages and Reformation, the anxiety of guilt; modernity, the anxiety of meaninglessness; and the post-modern world that we live in, the anxiety of truthlessness.

The gospel broke in upon this as light came into darkness.

“Anybody who goes through life with open mind and open heart will encounter moments that are saturated with meaning, but whose meaning cannot be put into words. These moments are precious to us. When they occur it is as though, on the winding, ill-lit stairway of our life, we suddenly come across a window, through which we catch sight of another and brighter world - a world to which we belong but we cannot enter. There are many who dismiss this as an unscientific fiction. I am not alone in thinking it real and important.” [Sir Roger Scruton]

Certainly everyone in all generations have felt this, Greeks included with all of their wonderful intellect and philosophy. Yet, so many, too many, explain it away with something, and when eventually that window is passed by, the moment saturated with meaning is gone and forgotten. Our problem is clear when the gospel is understood and believed - sin is in the way.

The Scriptures used aphiemi (to send off) for sin, and hence the word becomes a wonderful truth in the NT that should fill all of us with joy, our sin is forgiven.

The first appearance of the word “forgiveness” in the OT is stated by Moses directly after the golden calf incident.

Now the Lord said to Moses, "Cut out for yourself two stone tablets like the former ones, and I will write on the tablets the words that were on the former tablets which you shattered. 2 "So be ready by morning, and come up in the morning to Mount Sinai, and present yourself there to Me on the top of the mountain. 3 "No man is to come up with you, nor let any man be seen anywhere on the mountain; even the flocks and the herds may not graze in front of that mountain." 4 So he cut out two stone tablets like the former ones, and Moses rose up early in the morning and went up to Mount Sinai, as the Lord had commanded him, and he took two stone tablets in his hand. 5 The Lord descended in the cloud and stood there with him as he called upon the name of the Lord. 6 Then the Lord passed by in front of him and proclaimed, "The Lord, the Lord God, compassionate and gracious, slow to anger, and abounding in lovingkindness and truth; 7 who keeps lovingkindness for thousands, who forgives iniquity, transgression and sin; yet He will by no means leave the guilty unpunished, visiting the iniquity of fathers on the children and on the grandchildren to the third and fourth generations." 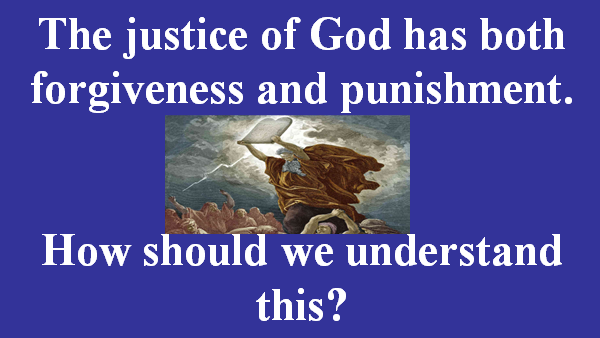 Moses made haste to bow low toward the earth and worship. 9 He said, "If now I have found favor in Your sight, O Lord, I pray, let the Lord go along in our midst, even though the people are so obstinate, and pardon our iniquity and our sin, and take us as Your own possession."

This should lead us to see what forgiveness really is and why it is, and what people are seeing as the pass by those windows that show them meaning. What they are seeing are things that are coming from Christ to lead them by faith to Him.

The OT believer was assured forgiveness based on the sacrifice, hence Israel had the Day of Atonement. It was obvious to anyone of faith that these sacrifices were temporary. They had to be offered over and over.

So then, we have the curious thing surrounding forgiveness in the OT - blood.

For it was the Father's good pleasure for all the fullness to dwell in Him, 20 and through Him to reconcile all things to Himself, having made peace through the blood of His cross; through Him, I say, whether things on earth or things in heaven.

And, the blood of the offering was sprinkled at the base of the altar, at the base of the curtain leading into the Holy Place and on the Mercy Seat of the Ark of the Covenant on the Day of Atonement. Millions of gallons of blood were offered after Mt. Sinai. 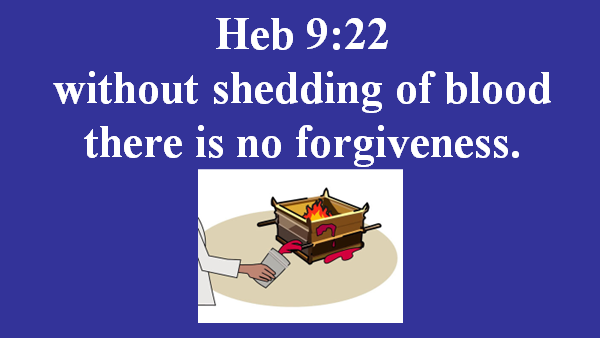