The Lord’s Prayer: Forgive us our debts – What is our attitude toward sin and God’s grace?

‘Our Father who is in heaven,

Hallowed be Your name.

Your will be done,

On earth as it is in heaven.

11 Give us this day our daily bread.

12 And forgive us our debts, as we also have forgiven our debtors.

13 And do not lead us into temptation, but deliver us from evil.’”

And forgive us our debts as we forgive our debtors. Again, as in all the other petitions, the verb (forgive) is in the imperative, meaning it is a command, which in prayer to God would mean something like an intense request - we mean it!

Debt is held by the debtor. Because we are usually absorbed with ourselves, we can read this passage and only think of others indebted to us as the second half is “our debtors,” but because we are all sinners, we are also indebted to those who are indebted to us. We have sinned against others.

But first Christ speaks of our debt before our debt to others from whom we seek forgiveness. And our debt is to God.

Today we’re going to talk about our debt of sin, but mainly, our attitude towards it. If we don’t have the right attitude, though we may have knowledge, we will fail to live well. But we should know at the start that in Luke’s account of the prayer, Jesus says “forgive us our sins.”

“And forgive us our sins,

For we ourselves also forgive everyone who is indebted to us.”

The second half of the petition is the same (debtors; same root word), but were Matthew writes debts, Luke writes sins. It is likely that Jesus taught them this prayer several times and He probably used both words, but whatever the reason for the different renderings, the debts we have with God are our sins. Jesus taught them this and the Scripture has always taught it. So it is good that we have both renderings just in case we come up with some other fancy ideas about what “debt” means.

This noun is only used in one other place in the NT (ROM 4:4), but is related.

7 "BLESSED ARE THOSE WHOSE LAWLESS DEEDS HAVE BEEN FORGIVEN,

AND WHOSE SINS HAVE BEEN COVERED.

8 "BLESSED IS THE MAN WHOSE SIN THE LORD WILL NOT TAKE INTO ACCOUNT."

The context of this passage is that justification is by faith and not by works. In vs. 4, Paul uses the common example of labor. If someone agrees to put in a day’s work for another then what is given to the worker is the payment of a debt and not a grace gift. If God justifies us because we believe in Christ, this is unmerited favor - grace.

He continues to show that to faith is credited righteousness, but that cannot happen without the forgiveness of sins. Why? Just as Jesus showed us in teaching us to pray, our sins are debts to God. Every day, we find ourselves to some degree breaking God’s commands: not doing what we should have, not being thankful, not being gracious, sinning with our words and thoughts, missing opportunities, doing what we shouldn’t; and then the very next day we all expect to carry on without judgment, which would mean death, and taking again from God’s gracious hand. How can we do it? The priceless, sinless, precious Son of God on the cross being judged for our sins.

Think of a scenario of waking up tomorrow and going into the kitchen to make coffee and breakfast and nothing is there. All provisions are gone. God calls to you from heaven in your distress. “You failed Me for the last time yesterday. No more for you!”

The cross of Christ is a wonderful truth by which anyone can be saved, but the Lord’s prayer is not for salvation. It is a daily prayer for the believer so his or her thinking is set aright in these six vital areas. When it comes to our sins, there is a vital view of them every day, and this simple petition gets right to the heart of it.

So far in the second half of the prayer we have: give us our bread and forgive us our debts. Every day we ask for more of both.

I don’t want you to think about the confession of individual sins that you notice at certain parts of the day. This is about all of our sins committed in the day. Keep that in mind and you won’t get mixed up.

We sin every day. How much none of us really knows. Sure, there are sins we recognize, and some days we do some things that really bother us and cause us shame, but could we really count every sin? “O Lord, if You should mark iniquities, who could stand” (PSA 130:3)?

Despite our sins yesterday, we awaken and ask God for bread and forgiveness today. 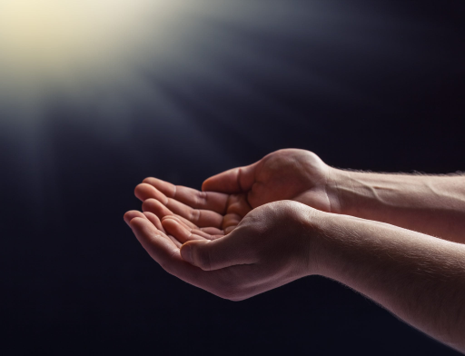 To ask for more puts us in mind of what we have already received. Confessing and knowing God’s forgiveness, which in a way, is the same as seeking forgiveness. I don’t mean judicially, but in our conscience so that we don’t go on condemned in our inner self.

God gave us our bread yesterday. He kept us alive so that we could do His will. Did we do it? Did we sin against Him? Did we do all that we should have? Did we omit from yesterday any work that He willed us to do? Who among us could look at yesterday and confidently assert that we did everything God desired and did not do anything that was sinful? No one could say it, and yet, here we are the next day, asking for our daily bread and depending upon the sacrifice of our Lord for forgiveness.

Let’s examine two ways of looking at this reality; 1) I’m not worthy so I go about in mourning all the time, 2) I’m forgiven so my view of my sin doesn’t matter. I’m a rugged American and I boldly expect God’s provisions every day.

There are truths to both positions and there are great dangers in both as well. 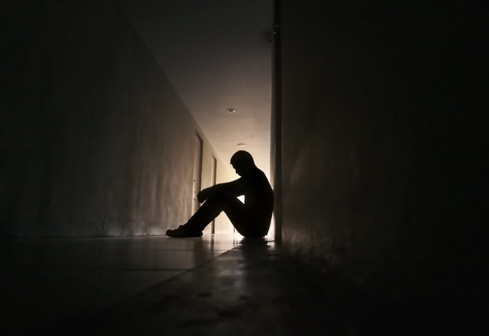 And, if I’m sure I didn’t do God’s will yesterday, then why should He provide for me to keep me alive today? Why me? Am I so useful to Him, am I always grateful, am I so considerate of His will? What can I do? I can’t be perfect. I seem to mess everything up. God has no use for me. I am no noble vessel.

We must be humble, and at times, humiliated and shamed to the core. The times that God humiliates us are the times that He is breaking us of our pride when there is no other way it will work. But in all of those cases, our pride is to be broken and then we move away from it to the bright light of life with God, meaning also that we move away from the shame and humiliation. We are to be strong, confident, and happy, but all with humility before God’s will. The sinner, knowing he or she sins every day, and who also know that he or she has terrible flaws and weaknesses and addictions that they fall into, can fall prey to spiritual depression.

Think of Peter after he denied the Lord three times. Right after his third denial, the Lord looked right at him, and the Gospel of Luke tells us that “he went out and wept bitterly.” Jesus told Peter just hours before his cowardly display that He had prayed for Him that his faith may not fail. It easily could have. We find out that the resurrected Lord appeared to Peter alone. That was a moment of forgiveness and that forgiveness turned a despondent and guilt ridden man to a free man and a grateful man who was ready to go and serve.

2) Spiritual arrogance: “I know I’m forgiven. I don’t care if I sin. Why shouldn’t I boldly expect from the Lord.” 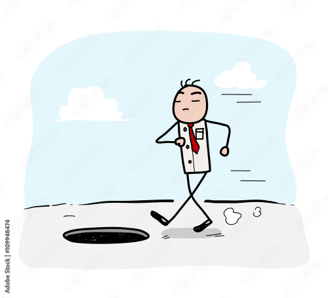 Confidence must not be minus humility. Christianity, especially in America, has the potential of being shallow and sinful. Paul wrote, “Where sin increased, grace abounded all the more.” This is wonderful news, but then he immediately wrote, “Should we continue in sin so that grace may increase? May it never be!”