When the Greeks thought about nature, they assumed that it had to be of a certain way that made sense to them. For instance, when they imagined the orbits of planets, they assumed that their orbits were circular because a circle was perfect and symmetrical. Much later, in the West, the Enlightenment scientists took a different approach and sought out what nature was by experiment rather than assuming that it must be what they imagined it to be. Interestingly, many of the contributors to the Enlightenment thought they were removing God, or religion, from the world by using empirical science, but in reality they were only finding more about God. They were finding the work of God in His laws of nature. Robert Boyle, a chemist from the late sixteen hundreds, Irish, and the discover of the relationship of pressure and volume in a gas, was a devout Christian man. 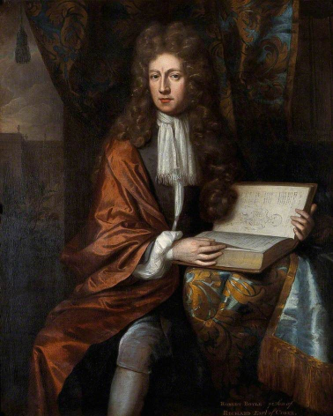 He said that the natural philosopher was not to ask what God must have done, but what God actually did. [Sir Robert Boyle]

We approach the Bible in the same way. We use the science of interpretation (hermeneutics) to eliminate as much as possible any person biases or preconceived notions. We want to know what God actually says and not what we think He must say.

Johannes Kepler (1571-1630) was a mathematician and a gifted scientist. His firsts include (taken from NASA.gov):

In his book Astronomia Pars Optica, for which he earned the title of founder of modern optics he was the:

First to investigate the formation of pictures with a pin hole camera;

First to explain the process of vision by refraction within the eye;

First to explain the use of both eyes for depth perception.

In his book Dioptrice he was the:

First to explain the principles of how a telescope works;

First to discover and describe the properties of total internal reflection.

In addition: His book Stereometrica Doliorum formed the basis of integral calculus.

First to explain that the tides are caused by the Moon (Galileo reproved him for this).

Tried to use stellar parallax caused by the Earth's orbit to measure the distance to the stars; the same principle as depth perception. Today this branch of research is called astrometry.

First to derive the birth year of Christ, that is now universally accepted.

First to derive logarithms purely based on mathematics, independent of Napier's tables published in 1614.

First in coining the word "satellite" in one of his pamphlets. 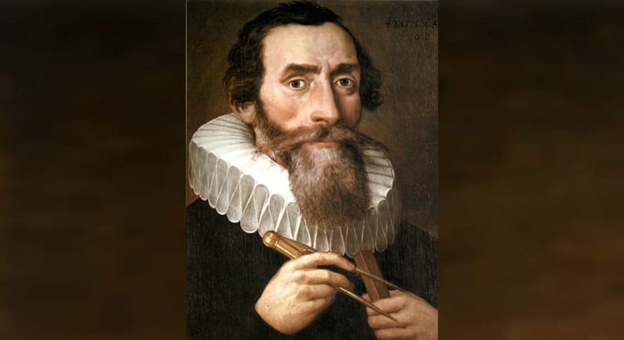 “God created us after His own image so that we would share in His own thoughts.” [Johannes Kepler]

Arno Penzius, Nobel prize winner for discovering the cosmic background radiation in the universe in 1965, said that the cosmological evidences that we have, are precisely what I would have predicted had I nothing to go on but the five books of Moses, the Psalms, and in fact, the whole Bible.

It is important that we look for what God is telling us in His word and that we not try to find our own notions of what we think it should say.

James tells us to be quick to hear, slow to speak, and slow to anger. We are learning what he says about being quick to hear so that we can understand his discussion of faith and works.

James then states that all filthiness and evil must be set aside when we receive the word of God and that will save our lives. But this was not all. We must do or act upon what we hear or we will not mature spiritually. James called the instructions for the church within the word of God the law of liberty. The law of liberty, law of Messiah (GAL 6:2), set us free, and according to James, if we hear it and keep it, we will be blessed in what we do.

The law of liberty reveals the divine nature within us and guides its expression. It sets us free.

Liberty is the ability to fulfill and enjoy the natural expression of our true nature.

Jesus said that “If you abide in My word, then you are truly disciples of Mine; and you shall know the truth, and the truth shall make you free.”

James then follows with what the doer of the word does (again, this is all under his instruction on being quick to hear). He controls his speech and speaks only wholesomeness, he gives to the needy and the poor, and he sanctifies himself from the world’s sins.

Next James points out trouble spots that are to be avoided, one is partiality.

The doer of the word also rejects favoritism (2:1-13), which is inconsistent with faith in Christ, for Christ didn’t play favorites.

My brethren, do not hold your faith in our glorious Lord Jesus Christ with an attitude of personal favoritism.

Deference to the rich and disdain for the poor have always been features of worldliness. The world has a slavery to wealth, whether they actually possess it or not. Knowing Christ’s glory is to be released from the slavery of material wealth.

James does a masterful thing here with the use of the word “glorious.” Our Lord Jesus Christ is from or of the most glorious, in Person and origin.

The glorious God and His glorious abode of heaven makes all the wealth of the earth appear drab and worthless by comparison.

Faith in our glorious Lord Jesus Christ (James uses His full name depicting deity, humanity, and Messiah) and knowledge of Him makes all the fawning over riches and rich people in our world look shabby and cheap. But these believers, having become friends of the world, had lost sight of what is truly beautiful and desirable. The rich were given the comfortable seats of honor and the poor were told to stand, or if they were to sit, to sit “under” the footstool.

For if a man comes into your assembly with a gold ring and dressed in fine clothes, and there also comes in a poor man in dirty clothes, 3 and you pay special attention to the one who is wearing the fine clothes, and say, "You sit here in a good place," and you say to the poor man, "You stand over there, or sit down by my footstool," 4 have you not made distinctions among yourselves, and become judges with evil motives? 5 Listen, my beloved brethren: did not God choose the poor of this world to be rich in faith and heirs of the kingdom which He promised to those who love Him? 6 But you have dishonored the poor man. Is it not the rich who oppress you and personally drag you into court? 7 Do they not blaspheme the fair name by which you have been called?

James writes that God has called the poor in this world to be rich in faith. He doesn’t mean to be saved, but having strong faith. The poor have opportunity to believe God for provisions and needs in a way the rich do not. That doesn’t mean that the rich cannot be rich in faith, but for them to be they would have to avoid conceit and be very gracious with their wealth.

The opportunity for the poor should have caused them to be honored if they were rich in faith. How many of the poor are disheartened, complaining of victimhood, angry for their position in society, bitter in the face of their struggles? They don’t know the riches in the glorious Lord Jesus Christ. A happy, spiritually strong, and wise poor man was to be honored in the assembly, but they dishonored God’s honored. Their friendship with the world made them view the rich and riches as the world does, and to rely upon riches rather than the word of God, and to disdain the poor.

Rather, the believer is to apply the royal law of loving his neighbor as himself (2:8). Love and mercy are the standards by which the believer will be judged.

If, however, you are fulfilling the royal law, according to the Scripture, "You shall love your neighbor as yourself," you are doing well (Greek kalos - good or right). 9 But if you show partiality, you are committing sin and are convicted by the law as transgressors. 10 For whoever keeps the whole law and yet stumbles in one point, he has become guilty of all. 11 For He who said, "Do not commit adultery," also said, "Do not commit murder." Now if you do not commit adultery, but do commit murder, you have become a transgressor of the law. 12 So speak and so act, as those who are to be judged by the law of liberty. 13 For judgment will be merciless to one who has shown no mercy; mercy triumphs over judgment.

Loving your neighbor as yourself is to be released from slavery to people: impressing them, being concerned with their opinions, criticisms, their wealth … covetousness, bitterness, anger, etc.

God gives to us that which makes the command easy to follow. That is why ignorance and blindness are the way of the sinner.

We find it easy to sin at certain times and in certain ways because we don’t know or see what would make the sin look uninviting. We must long to see and know, and in your areas of weakness, ask God to clearly show you what you are missing. Praying to take the sin away or the desire away is pointless. We must see and know what overpowers the desire and dethrones it. And that doesn’t mean resistance will be easy, but it will mean that you are up to the fight.

When God commands us not to be a slave to certain things, He doesn’t just give us the command. Added to His directive is the truth that sets us free from the thing enslaving us. So in this case, if we are bitter towards someone and recognize the sin, we would tell ourselves to stop being bitter, but that would not be near as effective telling ourselves that we must love that person and stop being bitter towards them. And why should we love them? God tells us that He loves them and that every man is savable. God tells us that we are sinners as well, recipients of His grace, in case we forget, and that we need to show grace to others as well. God tells us not to be enslaved to materialism and at the same time He calls us to behold His glory, which makes every material thing look drab.

“You shall love your neighbor as yourself” is royal because it was given by the King and also because it is the conduct of the high order of the kingdom.