Joshua and Judges: The allotment of the land, part 40 - Predestination - Liberty of God's glory.

Title: Joshua and Judges: The allotment of the land, part 40 - Predestination - Liberty of God's glory.

In defining liberty: At the heart of liberty is the right to define one's own concept of existence, of meaning, of the universe, and of the mystery of human life.

The courts did the people of this nation a great disservice in rendering this definition in the record. It now used quite often in court cases. According to this, a person may define liberty in any way he sees fit. What if my concept of existence and human is labeled as wrong or hurtful by others? Do they have to acknowledge my concept as proper? And for that matter, does it matter if things are proper and who defines what is proper?

We will look at the establishment of liberty in America for assistance in understanding, but before we do we must be sure to distinguish the difference between the body of Christ and a nation. The church is not a nation as defined by man with a government and borders. The church is a nation of priests who exist all over the world in free nations as well as in tyrannies. But  a lesson from American history will help us see liberty in a real situation.

Earthly examples of liberty only show what it needs to work. When we trace the need back to Christ we go from earthly requirements to heavenly ones.

In the earthly example, liberty is not defined as one may want. It is established only where there is a level of morality and virtue within the people. This is true because it is true of Christian liberty, but as high as are the heavens from the earth so are Christian virtues higher than American virtues.

The church is the body of Christ while America is a nation. Israel was also a nation and so some of its laws under God were for the preservation of a nation with land and borders and a government. The church does not possess these things, and so distinctions must be drawn and made clear, and when that can be done, then many principles that are invisible for the church can be more understood through the visible, earthly manifestations of those higher things.

Between 1775 and 1776 there were heated and sometimes violent debates over the issue of morality. The question was whether the people were sufficiently virtuous and moral to govern themselves or should they remain under the British crown? It was universally acknowledged that a corrupt and selfish people could never make the principles of republicanism (self-government) operate successfully.

"Only a virtuous people are capable of freedom. As nations become corrupt and vicious, they have more need of masters." [Ben Franklin]

The people had an instinctive thirst for independence, but there remained an haunting fear that they might not be good enough to make it work. These self-doubts were actually the eye of the hurricane during those final pre-revolutionary years when Americans were trying to decide whether they had the moral capacity for self-government.

There were many newspapers in New York,  Boston, Philadelphia, and Charleston which printed numerous letters pointing out dramatically and gruesomely the deficiencies of American society. These questions were widely circulated and it created a self-examination by the people over several years and many Americans became extremely self-conscious about their lack of public virtue. They began to acknowledge their obsession with self-interest, the neglect for public affairs, and disdain for the needs of the community as a whole. Gradually, a spirit of "sacrifice and reform" became manifest in the thirteen colonies. It would seem that the "great period" of the Revolution was the two or three years before it when the time of greatest denial and cohesion was practiced and when men ceased to extort or abuse one another, when families and communities seemed peculiarly united, when the courts were wonderfully free of that constant bickering over land and credit that had dominated their colonial life. The actual quality of life improved.

Many Americans became so impressed with the improvement in the quality of life as a result of the reform movement that they were afraid they might lose it if they did not hurriedly separate from the corrupting influence of British manners. One alarmed American wrote, "Elegance, luxury, and effeminacy begin to be established." The historian David Ramsay, alive at the time, stated that if Americans had not revolted "our frugality, industry, and simplicity of manners, would have been lost in an imitation of British extravagance, idleness and false refinements." 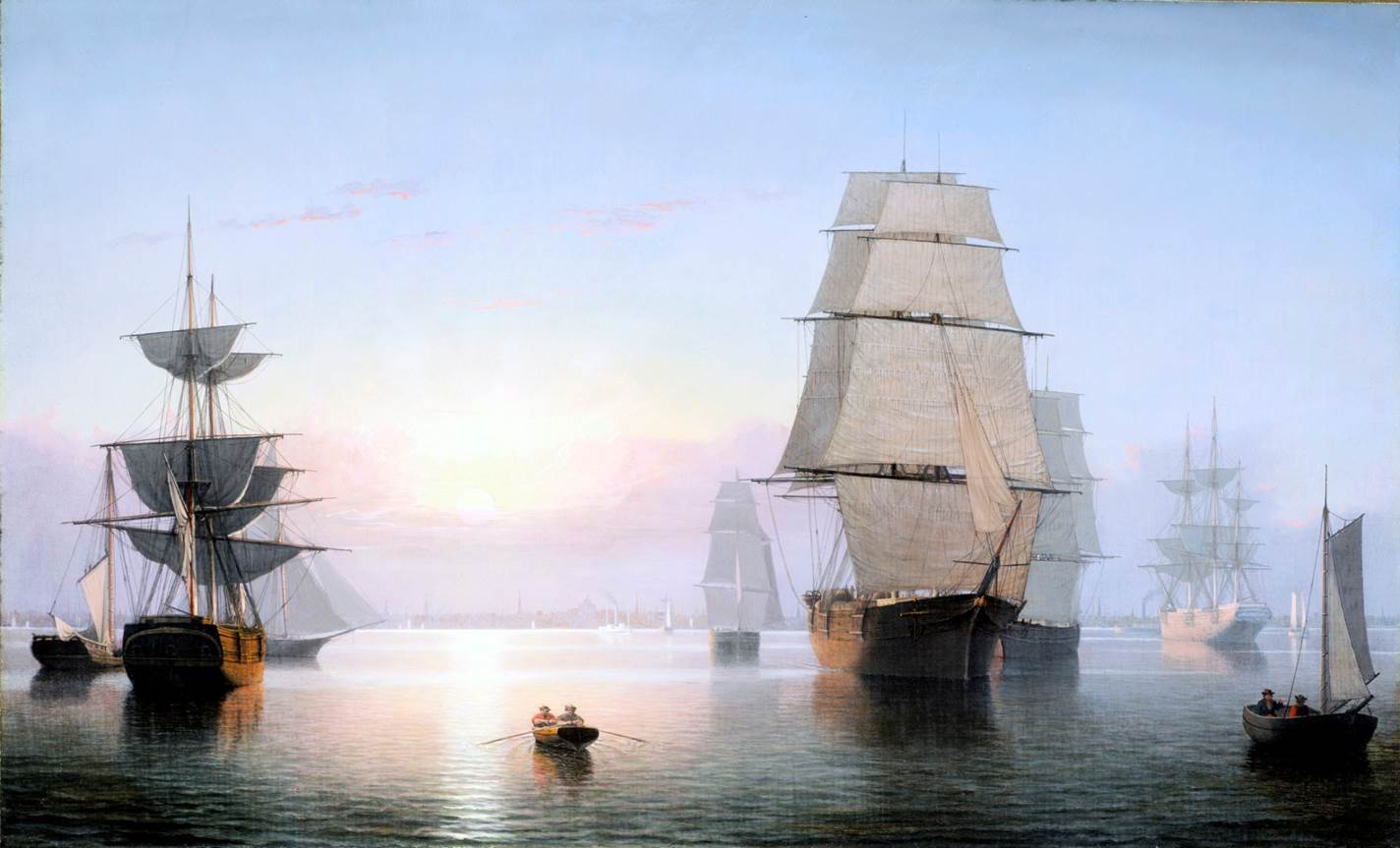 A great example of the spirit of sacrifice and reform that grew in America in the years leading up to the Revolution was the resolution of non-importation was carried out extensively in the colonies in boycotting many items imported from Britain. This was a response to the Stamp Act of 1756 and it was done voluntarily by merchants, business houses, as well as their customers in November of 1765. What is amazing about this action was that it was voluntarily taken by such a diverse group of people and that doing this required great sacrifice and devastating losses. It was so successful that John Page wrote to Jefferson that it appeared to him, " a spirit of public virtue may transcend every private consideration."

"The sum of all is, if we would most truly enjoy the gift of heaven, let us become a virtuous people; then shall we both deserve and enjoy it. While, on the other hand, if we are universally vicious and debauched in our manners, though the form of our Constitution carries the face of the most exalted freedom, we shall in reality be the most abject slaves." [Sam Adams]

Why does freedom and liberty only work in this way? Man is fallen and the more power he has the more corrupt he will be. The SC's definition of liberty only gives man more power.

Defining liberty as "the right to define one's own concept of existence, of meaning, of the universe, and of the mystery of human life," is only to give man power over himself, and with such power he will only corrupt himself more deeply with the result that he will seek power over others. The only One who has a capacity for all power and freedom is God.

One man's liberty cannot create another man's slavery. Where the Spirit of the Lord is there is love, which seeks the benefit of others.

The church does not rule anything on earth. It is an invisible kingdom of priests who all have a ministry of reconciliation. We do not run states, make laws, or force people to live morally and ethically. We constantly proclaim the gospel and the way, truth, and life of our Lord and when we suffer for it, are persecuted for it, insulted for it, we count ourselves blessed and we endure the hurt with patience, depending on our Lord only and not fighting for rights that we don't have, but relying on rights that we have forever in Him.

Another example of earthly liberty that works is economic liberty. By 1905 the United States had become the richest industrial nation in the world. With only 5 percent of the earth's continental land area and merely 6 percent of the world's population, the American people were producing over half of almost everything - clothes, food, houses, transportation, communications, even luxuries. The United States was the first people to undertake the structuring of a whole national economy on the basis of natural law and the free-market. For it to work there must be the freedom to try, the freedom to buy, sell, and fail without interference. A person in such a system cannot define his own concept of existence as wealthy and thereby not allow another the freedom to design a better business than he did. There must be honor, virtue, and morality in a truly free market.

There are several more examples that we can look at. America turns out to be a prime example because it was the first nation in history to be based completely on the freedom of the people and so we see that true freedom, that is manifest in the person of Christ, finds itself infiltrating even governments and economies that actually work. We trace such workings back to Christ, but we do not base our liberty on that which is effected by the principles of Christ, but on Christ Himself. Our lives are not defined by the Ten Commandments or principles of national freedom, but on Christ alone, which includes those commands but is not made up solely of them.

The American example of liberty that works is only an example. Christian liberty is far higher in the heavens and as such its moral and ethical framework is heavenly.

"good" is not in the original writing. Let no one seek his own and then fill in the blank, whatever it might be, but that of his neighbor. Good is properly used for clarification but the absence of an object emphasizes that there are no exceptions. This is God's agape love.

This way is different and far higher than free nation or free market principles. The goal of the church is not to protect any border or to make people live morally, but to be a ministry of reconciliation to the world by shining the light of Christ to the world so that any may believe in Christ and find true freedom from death and sin. A Christian is free whether he lives in a free nation or in a communist prison.

Liberty is where the Spirit of the Lord is which gives freedom to the believer who is free or a slave.

1CO 7:21 Were you called while a slave? Do not worry about it; but if you are able also to become free, rather do that.

1CO 7:23 You were bought with a price; do not become slaves of men.

1CO 7:24 Brethren, let each man remain with God in that condition in which he was called.