Alexis de Tocqueville, a French political thinker and historian wrote a book entitled Democracy in America. This book was published after his extensive travels in our country when it was still young.

He made the statement about the greatness of America that bears remembering:

Not until I went into the churches of America and heard her pulpits flame with righteousness did I understand the secret of her genius and power. America is great because she is good, and if America ever ceases to be good, America will cease to be great." [Alexis de Tocqueville]

So the Lord gave them water from the rock, though they grumbled, He continued to supply them with manna from heaven, they watched Aaron ascend up Mt. Hor and die as a consequence of his unbelief, and they have been delivered by the Lord over the army of Arad the Canaanite, which comes with the reminder that the last time they faced a Canaanite in battle, 38 years ago, they were completely defeated. And so now they are walking the long way, around  the border of Edom, but certainly on their way to the Promised Land. It should be clear sailing from this point on.

Sure they were denied by Edom, which was a major disappointment, and they're heading the wrong way for a while so that they can go around, but technically they are on their way.

NUM 21:4 Then they set out from Mount Hor by the way of the Red Sea, to go around the land of Edom; and the people became impatient because of the journey.

NUM 21:5 And the people spoke against God and Moses, "Why have you brought us up out of Egypt to die in the wilderness? For there is no food and no water, and we loathe this miserable food."

They say they have no food, but they have the manna, given faithfully every morning but Saturday. And so we see that they had hoped for some variation. Couldn't God send different flavors, different types of bread, or something similar? But God sends the same manna every morning which has nourished them for forty years.

The same could be said of the doctrine being taught. How about the doctrine? Is it too simplistic? Is the present subject not intellectually stimulating enough? Are there parts of the scripture that should be skipped over and should things not be repeated so much so that people can be more mentally stimulated? Advanced things are only a mastery of the basics.

The deep depression of the Arabah, which runs between steep mountain walls, through which they marched is intensely hot, bare of vegetation, desolate, rough, and visited with terrible sand storms.

In Moses' reminder to them later on:

These forty years the Lord your God has been with you; you have not lacked a thing."'

NUM 21:6 And the Lord sent fiery serpents among the people and they bit the people, so that many people of Israel died.

This serpent could be the Palestine viper or some other venomous snake. The Bedouins say that these snakes, of which they have great dread, are very numerous in this locality. 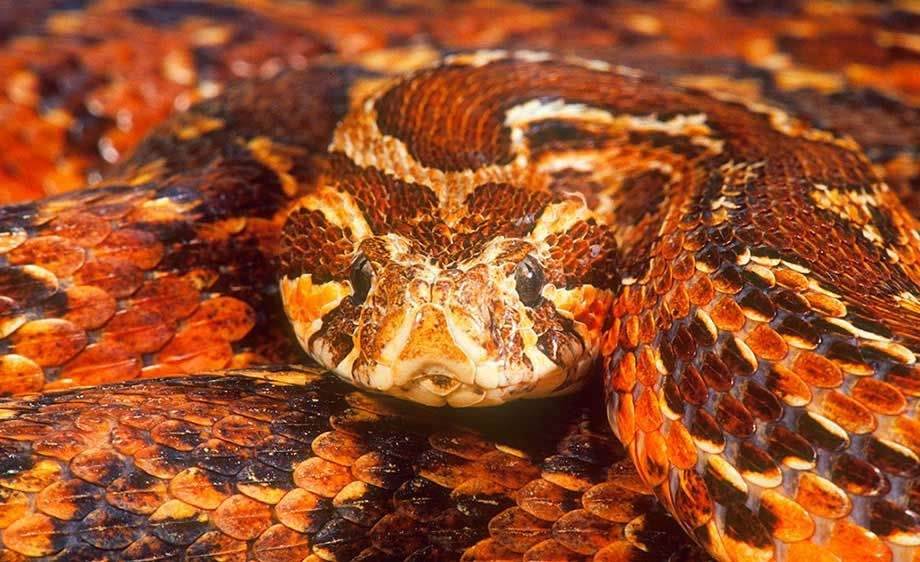 Isaiah mentions a flying serpent in his writing, which it may have been but has become extinct.

NUM 21:7 So the people came to Moses and said, "We have sinned, because we have spoken against the Lord and you; intercede with the Lord, that He may remove the serpents from us." And Moses interceded for the people.

We see again repentance by pain or divine discipline. The people confessed their sin to Moses and Moses, fully aware of his last failure, intercedes for the people.

The serpent may have been fiery in color or the description is of the bite left behind. The toxic venom causes internal hemorrhaging and cardiovascular collapse.

The Lord delivered them in a way that would demand their faith.

They are not called to do some type of work or penance, but to have faith.

God delivers our souls from venomous poison when we look to His word in faith.

NUM 21:8 Then the Lord said to Moses, "Make a fiery serpent, and set it on a standard; and it shall come about, that everyone who is bitten, when he looks at it, he shall live."

NUM 21:9 And Moses made a bronze serpent and set it on the standard; and it came about, that if a serpent bit any man, when he looked to the bronze serpent, he lived.

The serpent is a type of Jesus Christ and of salvation.

It was to be brass or copper as referring to the reddish color of the real serpents as well as the poisoned people who were hemorrhaging blood.

Christ took sin upon Himself but He never became a sinner.

It was to be lifted on a standard as Christ was at Calvary.

It was to be a serpent but a brass one and hence harmless and without poison.

Christ was in the likeness of sinful flesh but He was without sin.

Just as the Israelites had to turn their eyes to the brazen serpent in believing obedience to the word of the Lord, in order to be cured of the bite of the poisonous serpents, so we look with faith at the Son of man lifted up upon the cross, if we would be delivered from the bite of the old serpent, from sin, death, the devil, and the lake of fire. We look by faith to His word and find deliverance from any poison we have allowed into our soul and we also protect the precious word that is there.

It is significant too that the altar upon which the animal sacrifices were slain was a brazen altar. The Israelites would have understood that as well as the image of the serpent as the tempter in the Garden of Eden.

All this typology was designed to teach and deepen the understanding of salvation.

"And as Moses lifted up the serpent in the wilderness, even so must the Son of Man be lifted up; that whoever believes may in Him have eternal life.

For what the Law could not do, weak as it was through the flesh, God did: sending His own Son in the likeness of sinful flesh and as an offering for sin, He condemned sin in the flesh,

He made Him who knew no sin to be sin on our behalf, that we might become the righteousness of God in Him.

and He Himself bore our sins in His body on the cross, that we might die to sin and live to righteousness; for by His wounds you were healed.

Unfortunately there were those in Israel who missed the typology and concluded that it was the actual bronze serpent that delivered them.

Though they were continually admonished not to worship idols and their first commandment, which was constantly repeated, was that, "you shall have no other gods before Me. They fell down and worshipped the brazen serpent.

He removed the high places and broke down the sacred pillars and cut down the Asherah. He also broke in pieces the bronze serpent that Moses had made, for until those days the sons of Israel burned incense to it; and it was called Nehushtan.

People do the same thing today with crosses and other Christian paraphernalia. It would be the same for you to worship the person who witnessed to you, or to worship your Bible book.

One can follow the march of the children of Israel from here to where they camp on the Jordan, poised to cross. Enough details are given and enough is known that this course can be mapped so that one could almost accompany them. However, that is not our goal at this time.

We fast forward, past their complete defeat of two Amorite kings, Sihon and Og, for they were told not to attack Edom or Moab, but nothing was said about the Amorites, and then they camped on the east side of the Jordan at Shittim.

When Sihon refused to give them a free passage through his territory, they were divinely directed to that attack which issued in the destruction of Sihon, and the possession of his land by Israel. The fact that Sihon with all his army was coming to meet them and they fought him and destroyed him shows how their courage and confidence in God had risen. Og came at them in the same fashion as they continued to move northward and they completely destroyed him as well.