1JO 4:7 Beloved, let us love one another, for love is from God; and everyone who loves is born of God and knows God.

1JO 4:9 By this the love of God was manifested in us, that God has sent His only begotten Son into the world so that we might live through Him.

1JO 4:10 In this is love, not that we loved God, but that He loved us and sent His Son to be the propitiation for our sins.

1JO 4:12 No one has beheld God at any time; if we love one another, God abides in us, and His love is perfected in us.

1JO 4:14 And we have beheld and bear witness that the Father has sent the Son to be the Savior of the world.

1JO 4:15 Whoever confesses that Jesus is the Son of God [deity], God abides in him, and he in God.

1JO 4:16 And we have come to know and have believed the love which God has for us. God is love, and the one who abides in love abides in God, and God abides in him.

1JO 4:17 By this, love is perfected with us, that we may have confidence in the day of judgment; because as He is, so also are we in this world.

John now brings us to the result of abiding in God in time - confidence on the day of the Bema Seat of Christ.

No one who has believed in Christ need have any fear of judgment.

1CO 3:10 According to the grace of God which was given to me, as a wise master builder [architect or chief engineer] I laid a foundation, and another is building upon it. But let each man be careful how he builds upon it.

After having no success in preaching in Athens Paul arrived in Corinth dejected, or as he puts it, in 1CO 2:3, "in weakness and in much fear and trembling." Yet in Corinth he had tremendous success. The Lord appeared to him in a vision stating that Paul should go on preaching and not be afraid because He had many people in this city. The Lord knows those who are His. Paul spent 18 months in Corinth - a longer time than he spent in any other city since he left Syrian Antioch with Barnabas. Paul devoted a year and a half to being the architect of this church. So then, we can imagine the hurt he felt when it was discovered that they became full of divisions and factions, immorality, jealousy, and strife.

Paul's successor, the "another," was Apollos, who did not build upon Paul's foundation anything else but gold, silver, and precious stones. There were other teachers after Apollos and eventually some came to prominence who were teaching false doctrine, drawing the listeners away from fellowship with Christ.

And so Paul is going to remind them that what they build on their foundation of Christ as believers will be evaluated at the Bema Seat of Christ.

Take heed how he builds upon it: the carpenter has need of caution how he carries out the plans of the original architect. Paul is not referring to the believers but the succeeding teachers.

This is an appropriate truth for the condition of the church currently in America. The prosperity gospel, antinomianism, legalism, compromise, political correctness, etc. have begun to dominate the churches of this nation and it will be that, and not sin, that will bring this nation down. The blue prints from the architects have been completed for over 1900 years. Each writer was fully inspired by God and as God cannot change, neither can the blue prints.

All Scripture is inspired by God and profitable for teaching, for reproof, for correction, for training in righteousness; that the man of God may be adequate, equipped for every good work.

"For I, the Lord, do not change

1CO 3:11 For no man can lay a foundation other than the one which is laid, which is Jesus Christ.

There is one foundation, Jesus Christ.

This excludes the idea that all religions are the same. This rejects the notion that Mohamed, Buddha, Eddy, Smith, Moon, Russell have any claim to a foundation. No other man and no other "new doctrine" or "new gospel" can be laid aside the foundation that is Christ. It is fully restricted to Him.

Soon after the Nazi's gained power in Germany they created the Aryan Paragraph. It would result in a series of far-reaching laws that were cynically announced as the "Restoration of the Civil Service." Government employees must be of Aryan stock, any one of Jewish descent would lose his job. If the German church, essentially a state church, went along, all pastors with Jewish blood would be excluded from ministry. Pressure mounted for Christian Jews to be removed from the church so that they may go somewhere else and form their own churches. The advent of the Nazi victory and the Nazi's attempt to co-opt the church resulted in chaos within the church itself, and in fighting and politicking among the many factions of the church. They were convinced that if they bent their theology a bit, it wouldn't matter - the results would be all right in the end. Many of them honestly believed that under Hitler the opportunities for evangelism would increase.

The same is happening in the church that exists in America, although the reason is different. Instead of separation due to nationality it has become separation due to acceptance or rejection of progressive theology that denies the infallibility and the timeless authority of the scriptures. Just weeks after the Aryan Paragraph, Jews were forbidden to work for or be associated with any institution that received anything from the government. I'd say that it is a matter of just a few years before Bible believing Christians will be banned in the same way. Yet, despite popular opinion and overreaching governments, the doctrines must always be based on the foundation that is Christ and the architects, inspired by His Spirit, who have written the canon of Scripture.

Christ stated just this when the Sanhedrists challenged His authority:

The stone which the builders rejected

has become the chief corner stone.

All believers are living stones in His house, but He is forever the foundation.

Satan doesn't desire to destroy the church. His desire is to change it so that it serves him. If such an institution can serve him well, then it makes no sense to destroy it.

And Satan will sacrifice some of his ideals as they blend with Christian ideals, so long as the true Christian ideals lose their true identity and thus their true power and his ends are furthered. He may proclaim that he is for certain ideals, but his true religion is himself and anything that furthers himself he is for and anything that retards his ascent he is dead against.

With the church came a fundamental change in the way man can answer the questions, what is good, what is love, what is true religion? as well as many more questions concerning his nature and the nature of God. These answers are completely different than the religions before Christianity as they are personified in the person of Christ.

"It [Christianity] has revolutionized the treatment of the fundamental questions of religion and ethics, and the very way in which it puts these questions reveals a creative power of the highest order." [Anders Nygren, Agape & Eros]

If all the questions are answered in the person of Christ then we know that all answers lie in agape love. All Christian virtue is bound up in it. God is love and in this is His love manifested to us, that He sent His Son to be the propitiation for our sins. Agape love is entirely new with Christ and is not the love of the OT or an improvement upon it. Agape of our Lord Jesus Christ is the love of the very nature of God. It came to earth with Christ and has been given to His church because He propitiated the Father.

The worst thing that can happen to a new conception like agape, realized through and in Christ, is that it should meet with another conception exhibiting enough similarities and points of contact to be capable of being confused with it - eros love. The problem is that it may be mistaken for building material that fits perfectly upon the foundation that is Christ, when in fact eros love has nothing at all to do with agape love. They are entirely different species. Truly, eros love is the principle adversary of Christianity.

We have durable materials and perishable materials. Do we find ancient structures   still standing today that were made of mud, wood, or thatch? 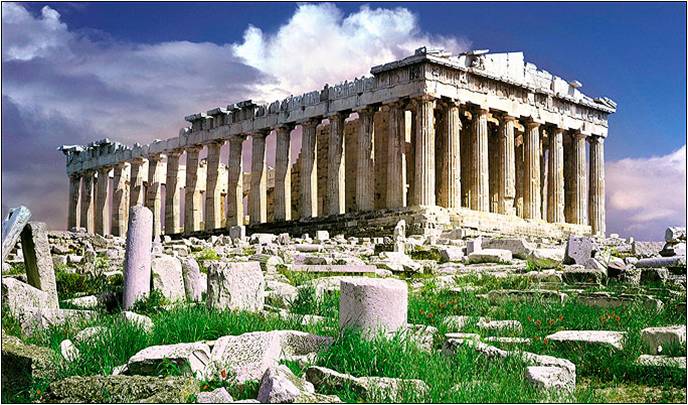 If you've ever seen a very old house with a thatched roof the roof is gone and the stone structure remains. Do archeologists find ancient wood or do they find stones, gold, and silver?

Is Paul speaking of the individual or the teachers? He is talking about both. The teachers can teach gold, silver, and precious stones and do so effectively only if they are producing them in their lives. The believer must do the same.

This refers to production that is permanent, meaning that it is of divine origin and so, eternal; for both the teachers and the listeners.

Paul mentions shoddy work in verse 15, that which is burned up, and shoddy men in verse 17, those who destroy the church of God. Will your production in this world be permanent, surviving time and weather and disaster and going on into eternity or will it not last these things and fall to fire and decay? The prior can only occur for the believer walking in co-participation with God in His mind, mercy, holiness, love, and sufferings.

Shoddy work from the teachers doesn't have to be vicious and harmful. It may only be indifferent and worthless. The shoddy work of the believers who are not teachers can be the same. If the work is motivated by selfishness, various lusts, indifference, apathy, just getting it over with so I can go do what I really want, arrogance, ignorance, etc. it is not of a permanent nature and will not stand.